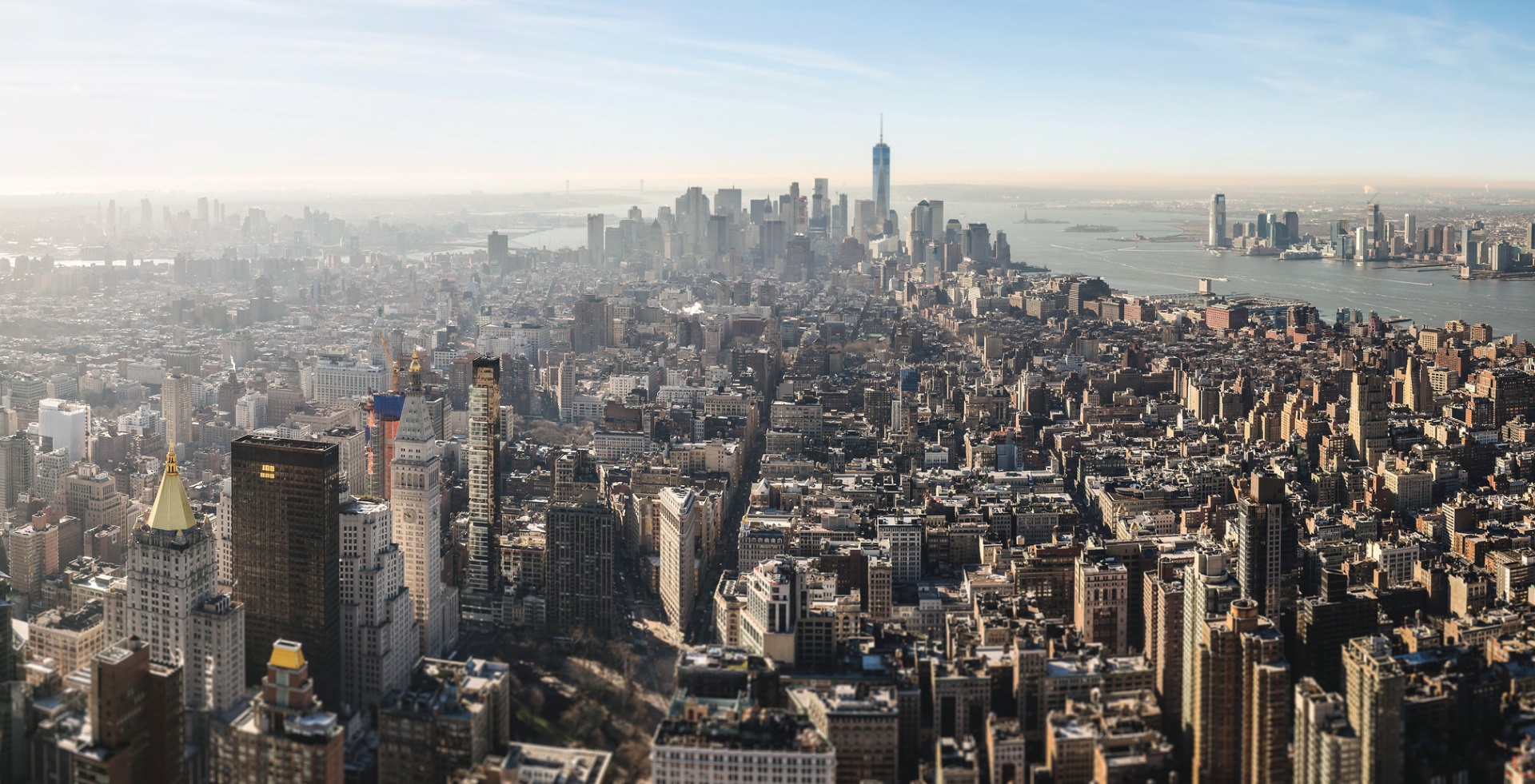 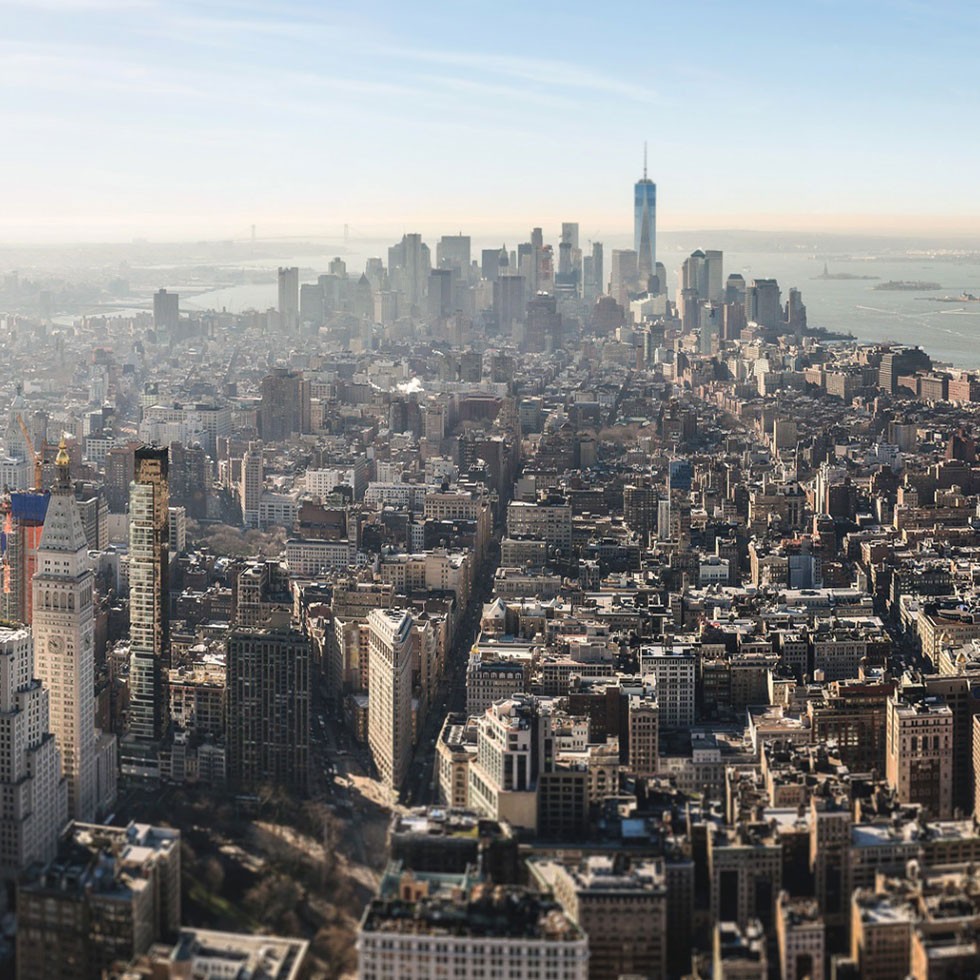 The three familiar pillars of the Serviceplan agency group will be represented here under one roof: Serviceplan, MODCo/Mediaplus and the digital agency T3. Serviceplan New York currently consists of 65 staff and is managed jointly by Stefan Schütte, Nick Johnson, Jay Benjamin and Nick Chapman, while MODCo/Mediaplus is led by Erik Dochtermann and Eileidh Bamford. The digital agency T3 is a partner agency run by Ben Gaddis.

Munich, 7 May 2018 — “This is a dream come true, not just for our agency group but also for me personally. We’re opening a House of Communication right in the middle of the Big Apple and we will now be introducing our unique, integrated agency concept to the US too. As well as being a fantastic success, this is also a great incentive for us to get to a point where we can make our innovative services available to our customers in all major locations across the world,” says Florian Haller, CEO of the Serviceplan Group.

The US has always been a trendsetter and a driving force for the entire communications industry, so opening a House of Communication in the heart of New York was a logical step for the Serviceplan Group and in line with the internationalisation strategy it started pursuing a good five years ago. The House of Communication could prove to be a winner in the US too thanks to its unique selling point: the integrated and independent agency model comprising the three pillars of digital, media and classic communication.

Serviceplan New York is led by Stefan Schütte, Nick Johnson, Nick Chapman and Jay Benjamin, all of whom have not only built up many years of expertise in well-known agencies, but have also garnered the most important awards in the industry and successfully implemented ground-breaking campaigns for leading brands.

Serviceplan New York's customers include MAN and Lufthansa – who have already been served in New York for several months – and Key Me. MODCo/Mediaplus supports Brighthouse Fiancial, 2K Games, 2K Sports, Vera Wang, CR7, Sony Pictures, Swiss, Tap Portugal and Wacoal. T3 customers include UPS, Capitol One, Virgin and Pizza Hut.
Stefan Schütte was Managing Director of the Serviceplan agency’s holding from 2016 until January 2018, when he moved to New York to take up the post of Chief Integration Officer. From now on, he will be responsible for integrating and developing the individual companies in the local area and maintaining links with the headquarters in Munich. He started out in 2000, as Managing Director of Serviceplan in Munich, where he looked after customers such as BMW, BMW Motorrad, HiPP, Lego, Rolf Benz, Sky and Castrol and regularly received the industry’s most prestigious awards (including Cannes, Effie, Eurobest and Art Directors Club of Germany) on behalf of the Munich House of Communication.

As spokesperson for the Serviceplan New York management team, Stefan Schütte is eagerly anticipating his new challenge: “I’m very much looking forward to developing the New York site together with our incredible team and using our integrated agency model to successfully serve our customers over here too.”
With Jay Benjamin, Nick Chapman and Nick Johnson, Stefan Schütte has a management team alongside him that already has a history of working together effectively.

Jay Benjamin has enjoyed a long career with Saatchi [&] Saatchi Sydney, Leo Burnett Sydney and Saatchi [&] Saatchi New York, where he was CCO. During this time, he has worked for a range of well-known international brands such as Pampers, Walmart, Tide, Head [&] Shoulders, Heineken, Tecate, Smirnoff, Samsung, Subaru, Cheerios, Canon and Chase. He was also a member of the Worldwide Creative Board at Leo Burnett and Saatchi [&] Saatchi, while his work on projects like the WWF Earth Hour, the Canon Photochain and the off-Broadway piece for the Village Voice in New York achieved acclaim at the world’s most prominent awards shows, including Best of Show at the One Show Entertainment Awards, MOMA NY and the Clio Hall of Fame. Over the course of his career, he has won 38 Cannes Lions to date and has been featured in Adweek’s “Creative 100” and “50 Most Vital Leaders in Tech, Media and Marketing”. He was Executive Creative Director at MUH-TAY-ZIK | HOF-FER until the end of 2017.

Nick Chapman is well equipped for the role of Director of Strategy with almost 20 years’ experience as a strategist for renowned advertising agencies in the UK and the US, including positions at TBWA London, Saatchi [&] Saatchi London, VB[&]P and TBWA\CHIAT\Day Los Angeles, and not forgetting his latest post as Director of Strategy at MUH-TAY-ZIK | HOF-FER in New York). Before joining Serviceplan, he was Head of Strategy at Pereira [&] O’Dell and VP Global Consulting Partner at Ogilvy RED, where his customer portfolio featured Coca Cola, Samsung, Mattel, Henkel, Airbnb, Skype and Pedigree.

During the course of his career, Nick Johnson, Managing Director of Serviceplan New York, has led independent agencies such as Bernstein-Rein, Venables Bell [&] Partners, GSD[&]M, VB[&]P and Gotham to great success in various locations from Austin to San Francisco, looking after customers ranging from HBO, Walmart, Barclays and Coca-Cola to ConocoPhillips, Denny's and Audi. Before joining Serviceplan, he served as President of MUH-TAY-ZIK | HOF-FER.

“Opening the House of Communication in New York will take us a huge step closer to achieving our goal of becoming the first independent, international agency group with German roots,” says Alex Schill, Creative Officer for the Serviceplan Group. “In Jay Benjamin, too, Serviceplan New York has gained a brilliant and top-class creative mind. I’m looking forward to working together and developing the site into an integral pillar of our Group.”

Erik Dochtermann is Managing Director and Founder of MODCo Media in New York. Over the last 28 years, the full-service media agency has contributed to the development of such billionaire brands as Take Two Interactive, Chico’s, Swatch Group and Brighthouse Financial. The agency’s services include research and strategy, media planning and purchasing SEO services and analysis. Prior to his work at MODCo Media, Erik Dochtermann managed a media consultancy which looked after such customers as BMW North America, Perrier, Nutrasweet, Isuzu and MasterCard.

The expansion to New York is also a significant milestone for Markus Noder, Managing Director International Serviceplan Holding, who has overseen the internationalisation of the agency group since 2011: “New York is the most competitive market in the world, so it presents a challenge for any agency,” says Markus Noder, Managing Director of Serviceplan International’s holding company. “We are rising to meet this challenge with our unique House of Communication concept. I’m looking forward to this once-in-a-lifetime opportunity for us and our agency model to establish a foothold in the US too.”

T3 is a digital agency based in Austin, Texas with further sites in Atlanta, San Francisco and New York. It employs around 250 staff and has over 30 years of experience in the digital business, boasting well-known brands such as UPS and Pizza Hut amongst its customers. T3 has developed an integrated digital market presence, focussing on the key areas of loyalty and customer relationship management. Like Serviceplan, T3 is also a family business. Founder Gay Gaddis has handed the agency over to her son Ben Gaddis, who has been successfully developing it further.

Internationalisation of the Serviceplan Group

Over the past ten years, the Serviceplan Group has not only continually achieved financial success and won many awards, it has also experienced rapid international growth. CEO Florian Haller first started to bring his vision to life back in 2006. His dream was to create the world’s first global agency group to originate from Germany. As Managing Director of Serviceplan International, Markus Noder has overseen the internationalisation of the agency group since 2011. In addition to the German sites in Munich, Hamburg, Bremen, Berlin, Frankfurt and Cologne, company locations with Houses of Communication have now been established in Vienna, Zurich, Milan, Brussels, Dubai, Paris, Lyon and Madrid, along with branches in places such as Moscow, Kiev, Warsaw, Delhi, Beijing, Shanghai and Seoul. The aim is to develop Houses of Communication at all locations, with all communication disciplines united under one roof.

Thanks to close cooperation with other partner agencies, the Serviceplan Group is represented in the world’s most important economic hubs. Its close relationship with the Unlimited Group means that the Serviceplan Group is also represented in the United Kingdom (London). A partnership with the agency Ariadna expands Serviceplan to the cities of Buenos Aires, Bogota, Lima, Mexico City, Miami, Panama City, Santiago and São Paulo.

Read on the Serviceplan Blog what Florian Haller has to say about the newly opened House of Communication in New York. 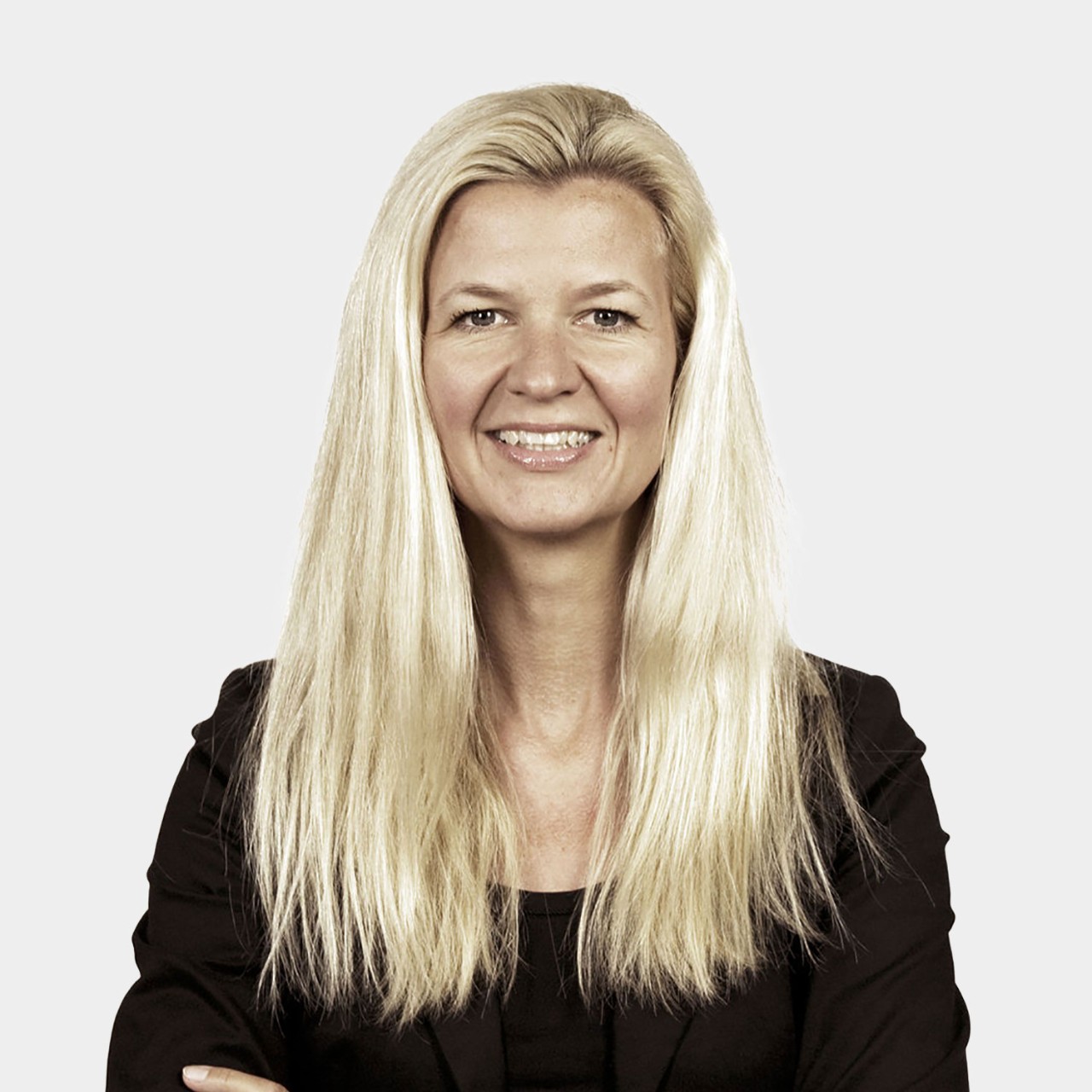